Owner Anthony Schultz briefs the Hunt for a Cure teams.

You’ve probably heard of Race for a Cure, but what about Hunt for a Cure? That’s right, on Saturday October 19th Tropical Treasure Hunt debuted a one-of-a-kind fundraiser called Hunt for a Cure, an island-wide treasure hunt competition. The proceeds raised from team registrations, as well as generous donors, benefitted Patient Assist VI (PAVI) and Cancer Support VI (CSVI).

Each of the nonprofit organizations support cancer fighters and patients throughout the Territory.

The event was a huge success, raising $8,000 for the two charities. Thank you so much to the eight participating teams and nearly 70 treasure hunters. The teams solved clues around the island while competing in three competitions, including bowling, a blindfolded obstacle course on the beach, and a fact-finding activity at the Pirates Treasure Museum. Congrats to the winning team, Rum Island Pub, which had two cancer survivors on their team. The team won a chartered day on a 60-foot yacht! We hope to do a similar fundraiser annually.

Learn more about the two charities: 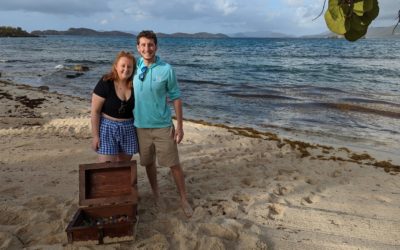 “How did they ask you?" Is almost always the follow up question to an engagement announcement. While every proposal is... 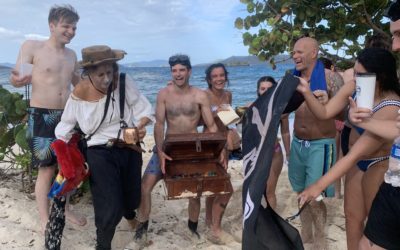 On a memorable day in February The Tropical Treasure Hunt Company had the privilege to create a full day team building...